Prof. in the Institute of Legal Studies of the Polish Academy of Sciences, Paweł Podrecki, PhD, Habil. 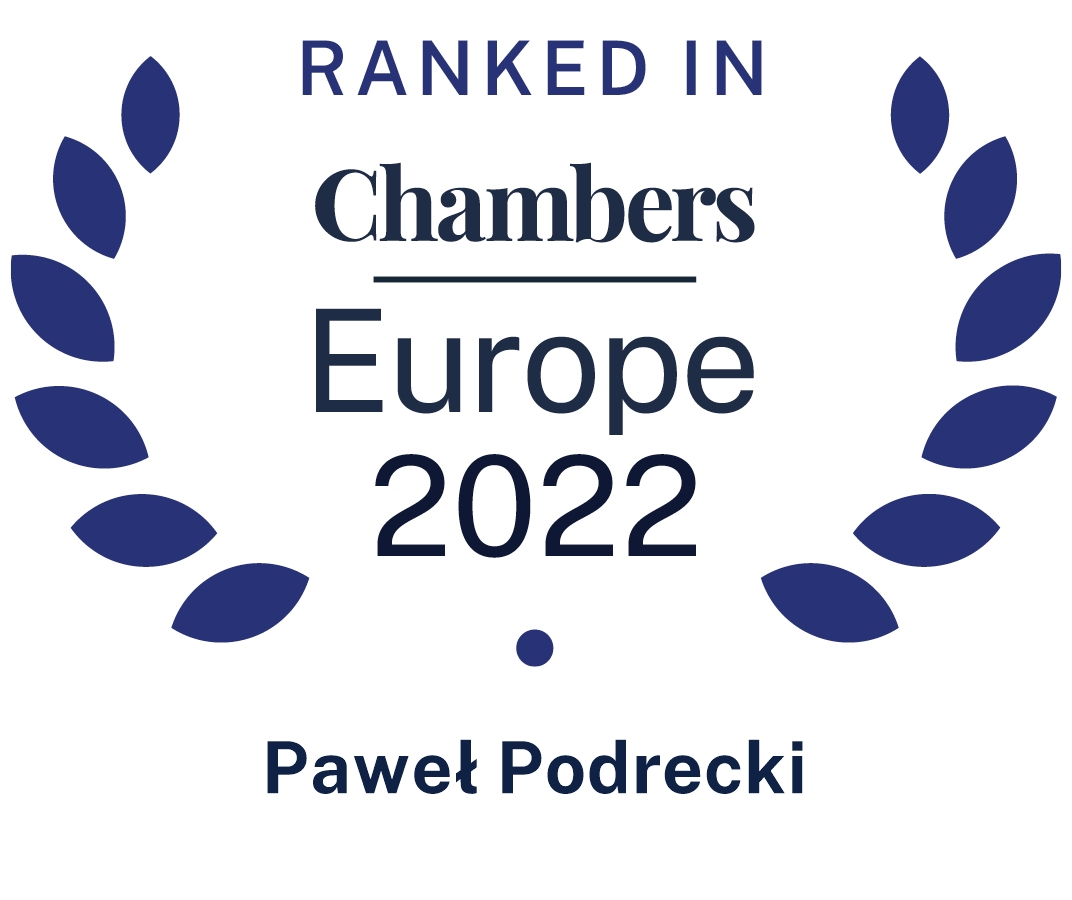 Attorney-at-Law, Senior Partner and co-founder of Traple Konarski Podrecki i Wspólnicy. An expert legal practitioner with a long track record in intellectual property law, competition law, new technologies law, and civil and litigation law. Paweł acts as a proxy and counsel to the management of numerous Polish companies and foreign companies operating in Poland. At TKP, he oversees the IP practice, which is the largest and is a frequently recommended practice group. It consists of the  industrial property, copyright, life sciences, and also competition and consumer protection, litigation, and real estate teams. He has been frequently recommended in Polish and international intellectual property law and competition law rankings (including Chambers Europe, Chambers Global, WTR1000, Legal 500, and Rzeczpospolita).

Paweł combines his legal practice with academic work. He is a professor at the Institute of Law Studies of the Polish Academy of Sciences (INP PAN), and head of the Private Law Center and New Technologies Law Center at the INP PAN. He is also head of new technologies law and public procurement law postgraduate studies. He gives lectures and seminars at the Jagiellonian University on civil law, industrial property law, and law on competition and combating unfair competition. Paweł is a postgraduate studies lecturer at the Jagiellonian University and Polish Academy of Sciences, and in bar training. He also lectures at the Jagiellonian University German Law School and at the University of Vienna. He was awarded a scholarship at the Max-Planck-Institut für Immaterialgüter-und Wettbewerbsrecht in Munich and the Universities of Berlin and Vienna.

He has authored a number of publications on intellectual property law, competition law, and EU law issues. He was editor of the first and largest IT publication Internet Law/Prawo Internetu and authored for instance articles on the Civil Law Implications of Cartels and Protecting Intellectual Property Rights, and co-authored an article on patent law (ed. M. du Vall. E. Traple). He has co-authored many chapters of the Private Law System/System Prawa Prywatnego in the volumes Competition Law/Prawo konkurencji, Industrial Property Law/Prawo własności przemysłowej, and Commercial Law/Prawo handlowe. He is co-author of a C.H. Beck commentary on Industrial Property Law/Prawo Własności Przemysłowej, Commentary on the Law on Copyright and Related Rights/ Komentarz do prawa autorskiego i praw pokrewnych (Wolters Kluwer) and the Act on Redress Claims for Damage caused by Competition Law Breaches/Ustawy o roszczeniach o naprawienia szkody wyrządzonej przez naruszenie prawa konkurencji.

Prof. in the Institute of Legal Studies of the Polish Academy of Sciences Grzegorz Sibiga, PhD, Habil.

Prof. in the Institute of Legal Studies of the Polish Academy of Sciences, Paweł Podrecki, PhD, Habil.